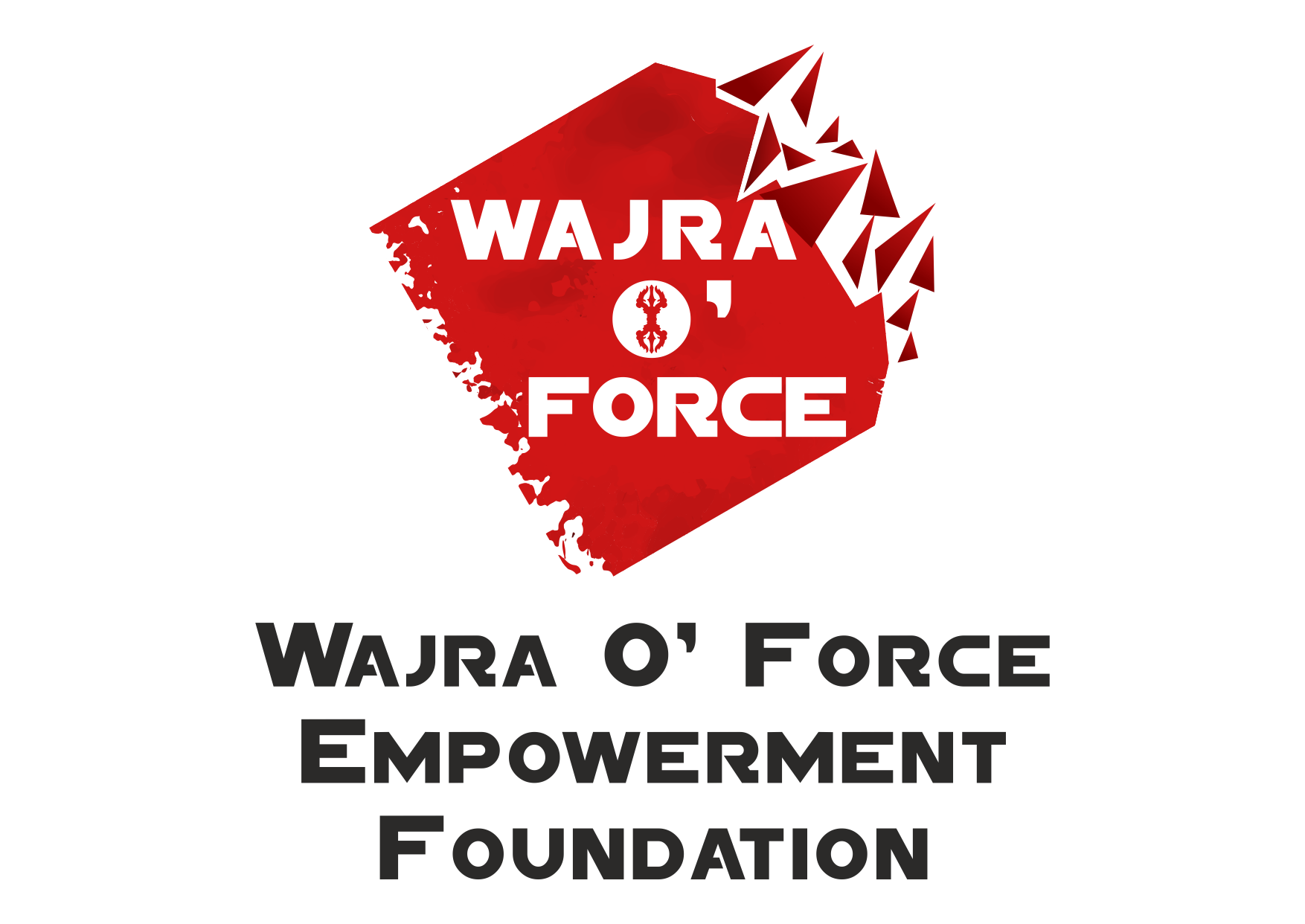 A unique empowerment concept- based initiative to provide a strong social and economical value to the society and a life of dignity.

With a spirit of Fire of Freedom, Power of Empowerment

The Launch of the Wajra O' Force Brigade

Wajra O' Force Brigade comprising of a strong force of 150+ Members, 30 teams covering Ahmedabad is formed to bring social-economic empowerment in the society and give a life of dignity.

In today’s world, it is hard to be a Woman.

Apologies if I am directly jumping to the point. But the issue of Women Safety is such scary and there is no time or space to beat around the bush.

I am sure you too are aware of this increasingly scary issue that is gripping our country and its women every hour and minute.

Ironically, this is the same country that reveres the Shakti, the Goddess in its celestial form yet forgets everything when it comes to their real life Avatar.

Of course, in our beloved Gujarat, the situation isn’t that bad. Yet, in the interiors of our homes amongst our family there are devils lurking everywhere. A girl cannot describe her helplessness leave alone face one. Continuous domestic violence, attack on women, sexual harassment at work place, inequality, malnutrition and low health care is affecting the mothers and daughters of our society. On the other hand we all know that in today's fast world everybody is in lot of pressure trying to cope up with their lives, Any relationships may it be between parents-child, husband-wife, wife-in-laws, husband-in-laws, colleagues are strained.

Like always we need to stand up and take action. We need to empower them. Give them a life of Dignity.

Yes we have been trying with PoliceHEART 1091, Defence O' Dance, Halla Bol, Surakshabandhan and   now we are back with Wajra O' Force Brigade.

The main objective of the WO'F Brigade is to make a difference in the life of the person. To give moral and emotional support, to do hand holding so that the person can come out from his/her distress/problems and start leading a normal life. To see that the person gets back in the main stream of their life. Give them a life of dignity.

Lots of research and studies world over has shown that majorly, when a person is empowered economically then the person eventually gets socially, personally and spiritually empowered. Thus in turn it also helps the economy of the country to grow.

How WO'F Brigade would function:

There is also a special mobile App developed for the Brigade which would help to interface between the society and brigade as well as provide networking resources to the Brigade to function optimally.

Very soon the awareness drive of WO'F Brigade will start with the help of NSS and NCC students.

As lots of schools and colleges have approached us for doing sensitization and orientation programs for Women Safety-Security (PoliceHEART 1091), Gender Equality, Self-Defence (Defence O Dance), Sexual Harassment, Gender Sensitization. So soon we would start creating Wajra O' Force Squads at school and college level which would comprise of Students and Faculty members. 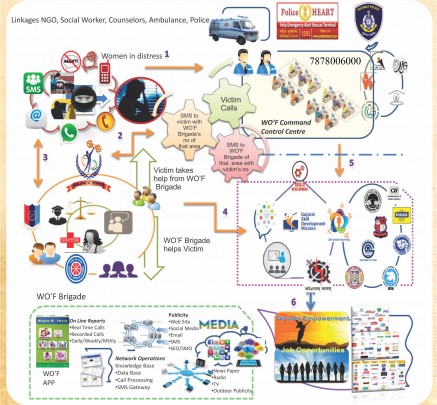