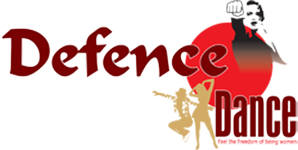 Defence O' Dance-  A unique signature action concept-based initiative to teach 'never-to-forget' self defence for women on theme of Fire of Freedom, Power of Music. Learn the Art of Defence, With a twist of Dance . All these physical and mental skills and techniques have been specially designed so that it can help an 8 year old to an 80 year old when needed and to learn these is as easy as dancing.

Approx 25,000 women from various strata and sectors participated wherein experts from the field of Self Defence and Dance showed, demonstrated steps and women followed these "never to forget" steps about how to defend themselves and learned skills and techniques of self defence through dance forms.

Ruzan Khambatta the main organizer in her speech said that we want to teach women that how to protect themselves and not to be cowards. God has created women in such a way that physically then cannot   win against a men but mentally they can surely overpower a men. Thus she can save herself and if need be others also. So for that Ruzan told that every women should learn Mental Drill. Ruzan emphasized that as any dance    has a signature step. Similarly Defence O Dance has a signature step called   Palm-Elbow-Heel. To defend yourself you can use palm to punch with speed the chin or nose of the   harasser and with elbow hit the stomach or throat of the harasser and with your heels you can stamp on the toes and give kick on the knees of the harasser.

Then a session on Mental Drill to protect oneself during emergency situation and assault to overpower your opponent was conducted.

Shorty Defence O Dance is being planned to be held across various cities of India.